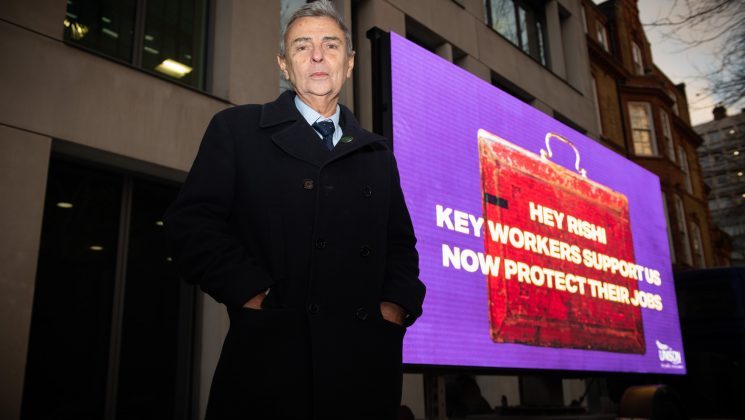 Let’s unpack some of the chancellor’s statements and see how they stack up when they’re checked and given a bit more context.

Pay rises have been higher on average in the public sector over the last year. However, they have been lower than the increases in the private sector for much of the last ten years.

Averages can be misleading – which was obviously the chancellor’s intention.

A recent Office for National Statistics (ONS) study that compared jobs on a like-for-like basis found that the average public sector worker was paid 3% less than a private sector worker in 2019 and had been earning less in terms of gross pay (including overtime and bonus pay) every year since 2014.

This is in fact a pay freeze, and when inflation is taken into account, a pay freeze is actually a pay cut. This is because the cost of living increases, whilst wages fall behind. If rent, food and petrol costs are rising whilst wages are frozen, workers lose out.

As for the NHS exemption, the chancellor did not commit any funding and has kicked this into the long grass of a pay review body process.

Our members in the NHS more than deserve a rise this year for their work during the COVID crisis. This can’t wait on a lengthy pay review body process.

Members in local government and schools will be familiar with these promises of a flat rate boost for the lowest-paid. Historically, they have often failed to materialise – with payments often left to the discretion of cash-strapped councils.

With local government facing a huge funding gap it’s difficult to see how it will be any different this time.

It’s also unclear whether this will reach the lowest-paid workers in the care sector and other low-paid parts of public services that have been outsourced. The government must clarify the position of these workers.

This is an attempt to divide and conquer. It cynically pitches public against private instead of uniting the UK behind a national effort to combat the health and economic crisis we face.

It’s also economically short-sighted. People working in the public services will spend on their local high streets. If you make someone feel economically insecure by freezing their pay, they may be less likely to spend, which in turn threatens more job losses in the private sector.

UNISON will be campaigning against this attack on our members’ pay and coordinating our response with our bargaining groups and, through the TUC, with other trade unions.

Further information on this will be sent to branches.

We use cookies on our website to ensure you find the information you need in the simplest way. By continuing to use our website you are consenting to their use. Find out more about cookies and how we use them.